The main challenge lies in the planning stage. Kitchens in RVs are small. Some are tiny.

The counter space is very limited, and the ovens in RVs are useless in my opinion. Here’s ours, we use it for storage..

RV ovens are tiny and they heat from the bottom only. Some people have put a pizza stone or even unglazed tiles in the bottom to try and distribute the heat more evenly, but I’ve never been able to decently cook anything in ours (beside pizza rolls)!

Luckily our Grand Design Momentum has a convection microwave that works like a dream! I love it… But it’s still not big enough for a turkey by any means! We measured last year and actually took a measuring tape to the store with us! With no luck finding a turkey that was shorter than 7″ we went out and bought an electric turkey roaster like this one: 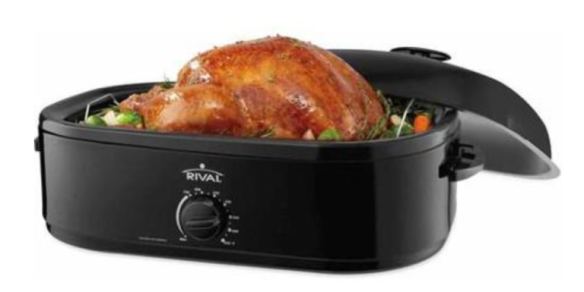 We’ve used it a few times throughout the year to roast some whole chickens and even another turkey. (In Oklahoma City we plugged it in outside one Sunday!) The birds turn out deliciously moist on the inside with perfectly crispy skin every time. The only thing I don’t like is the pan doesn’t come out so it’s a pain to clean.

For this year’s Thanksgiving, I’m planning a whole turkey in the roaster oven again but I’m going to stuff it (I’ve never done this). I still haven’t settled on a stuffing (I’m actually not a very good stuffing maker!) So that is still in the works… I think I may do a Cajun dirty rice stuffing  and make these cute little “stuffins” on the side! 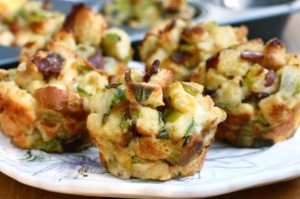 Now let me pause here to tell you that I’m super slow when it comes to cooking (not for a lack of practice!). Like, I’m slower than a three toed sloth…and Allen said it takes them a half a day to get out of a tree!

So obviously we are going to need an appy aka appetizer to soak up some of the booze we will be consuming. Mimosas and wine for me, and probably beer and maybe some Sailor Jerry’s (rum) for Allen.

I’m tentatively planning on crab and artichoke dip because I feel like it’s a good “brunch” item, if you will… I’m leaning toward serving it with some crunchy bread or bagels or even some celery and carrot sticks to keep it on the lighter side. Check it out. Looks delish right?!

I’m going to make garlic mashed potatoes in the slow cooker and I’m planning to try Mac n cheese in the rice cooker. If this mac n cheese doesn’t turn out delicious then I am forever sticking with the boxed kind! Those will both free up the stove and they need very little last minute fixing time, which works for me!

I’ll make a traditional green bean casserole the day before then heat it in the convection oven, along with some Hawaiian rolls (because they go the best with turkey)!

On the stove will be the gravy (from the giblets but also mixed with one of those McCormick packets because Allen loves gravy and covers his entire plate with it so we need a lot of it), also the glazed carrots and the creamed corn. (I’ve never done or even had creamed corn before…)  RV stoves only have 3 burners, instead of the typical 4. 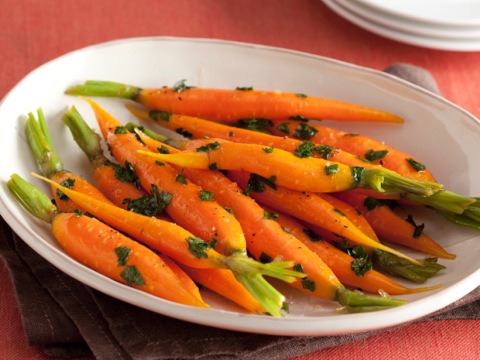 The cranberry sauce can be made a couple days before then brought out of the fridge and up to room temp before serving.

As for dessert, I haven’t exactly settled on one type of pie but I’m leaning toward pecan… Allen loves cheesecake but I’ve never made one in the convection oven, so I’m a little leery about that. I may end up just buying a dessert…

By now, most people probably know where they will be spending Thanksgiving… Not us!

Of course the day will be filled with lots of wine and good beer, some football, and hopefully we can get a couple guys Allen works with to come over. I’m still not sure where we will be, and I’m counting on being somewhere. But wherever we are, I really hope we have 50amp electric! If not, then that puts a kink in my entire plan! Because we can’t use the electric roaster, the convection oven, and the crock pot and rice cooker on less than 50amp… And most campgrounds don’t allow the use of generators. Fingers crossed! We should find out today if we need to be near Columbus, Ohio on Monday for a small job. If not then we will be here all weekend & hopefully find out something new Monday.

One super important side note…

Eustace can now go up and down the steps by himself!!! Took long enough right??

Oh! And as of now (knock on wood) he’s completely house trained!!!

3 thoughts on “Planning a Thanksgiving Dinner in an RV”