If it were summer time I think this place would be a lot more enjoyable. As it is, there’s not much to do in town. We are staying at the Hillsboro Campground in Hillsboro, North Dakota. Hillsboro is 1 square mile, right off I-29 and almost exactly halfway between Fargo and Grand Forks. There’s a grocery store, a hardware store, and a sports bar. 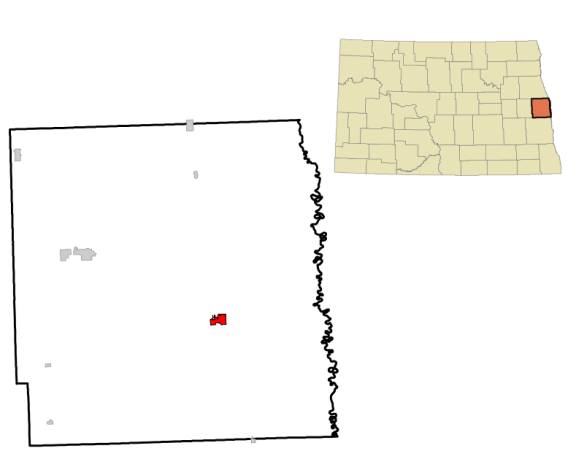 There’s also a city park where they have a pen full of mule deer. We went to see them yesterday and feed them carrots. I dressed Charlie in her reindeer outfit thinking she would blend in. But she did not care for the deer and the deer did not like her. The park is pretty. The Goose River goes through it. There’s a swimming pool also.

Joyce will be shutting the water off to most of the park for the winter, leaving only about 8 spaces with water, ours being one of those. We had to go buy the noodle insulation and the heat cord (for water pipes) to make a longer heated water hose so it doesn’t freeze. We had a 20′ one but it wasn’t long enough. The water spicket and electric is pretty far away. They are either right behind the sites or off the side. The spaces are long enough but soft-ish gravel. I wouldn’t want to park a heavy class A here for sure.

Charlie is just shivering non stop, poor pup. We have compromised to keeping the heat at 64 degrees. We have to pay electric for everything over 525kwh so we turn our electric space heater and the fireplace off at night and when we leave. We are also going through some propane. Luckily there’s somewhere in town to refill our tanks. (All 5 of them). Most of the time we are keeping the garage door closed. We left the bike in there and Allen’s toolbox. So it’s definitely being used as a mudroom now! 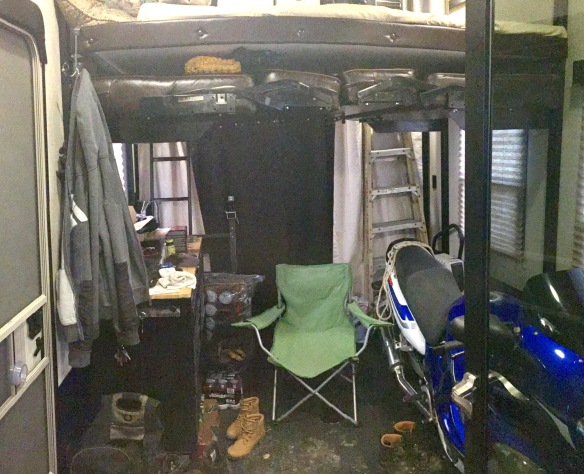 I even went and bought some “utility” boots for this hard winter we are about to face! Although Walmart didn’t have hardly any winter stuff out and I’ve seen a lady in flip flops and a girl in a summer dress with just a little cardigan over it. Meanwhile, we are wearing thermals and hats and gloves! 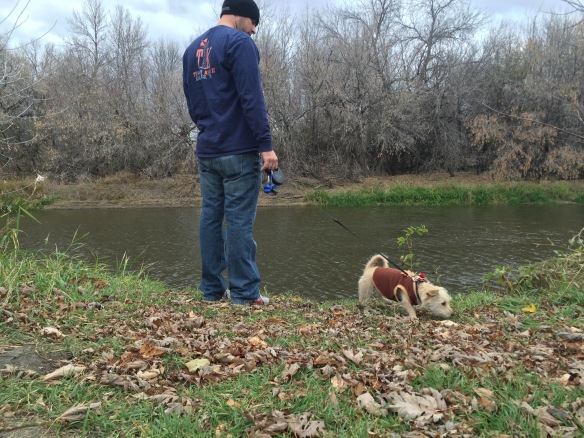 We are heading into Grand Forks today to watch the Bengals play. It’s the closest place I think we will find NFL Sunday Ticket. (I definitely want to have a tailgater by next football season-it would save us a ton of money just not having to go to the bar and watch!) And since we are about 40 minutes from anything we are being very responsible and designating a sober driver. I got the unlucky straw this week so Allen will get to act like a drunk toddler by himself!

We were also responsible enough to get our flu shots the other day when we went into town to go to Walmart. #adulting ! I never thought I could miss Walmart so much! But they still didn’t have our Scott RV toilet paper so I’m stuck with Campa-Chem. At least it’s 2-ply! *sigh*

Cheers to football Sunday! Who Dey!