I’ve never seen views like we saw here. It was literally breathtaking! I’ve never been to a mountain town before and I was impressed. Everywhere you look you just see amazing natural beauty.

We checked into Harvey’s Casino Resort on Friday afternoon and then hit the casino. We played some video poker and took a free craps lesson. There was a camera crew making a commercial at the video poker bar and then also at the craps lesson so I guess we will be in two commercials we will probably never see! 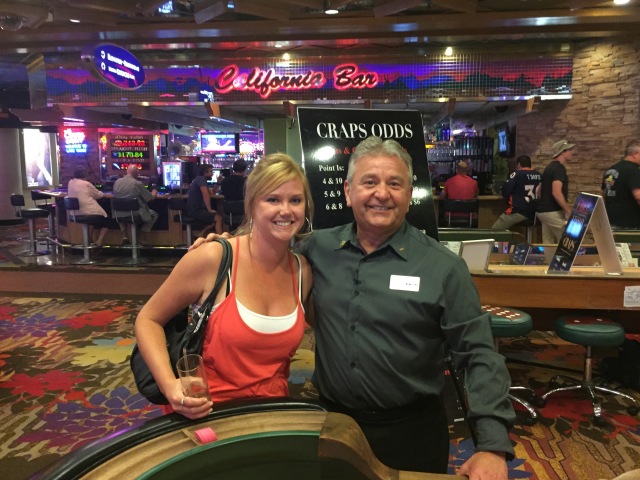 The hotel was right on the corner, at the line between California and Nevada. So we technically lived in Nevada for two nights.

After that we headed outside to daylight (very shocking to our casino adjusted eyeballs!). We got some drinks and food at Mc P’s Taphouse Grill. Then walked around a bit to check out the area.

We went to a comedy show after dinner. It was pretty good. I’ve seen funnier. It’s the second comedy show we’ve been to together. The first was somewhere in Florida a couple of years ago.

After the show we stopped at this sports bar in the casino. The bartender was from Cincinnati (like us!) so we chatted with him for a bit and had some beers and late night pizza. He suggested we go to Emerald Bay to scatter some of my brother’s ashes. It turned out to be a great tip! 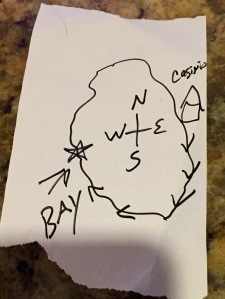 the bartender’s map for us 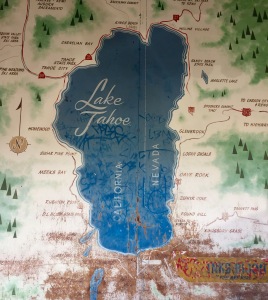 Then we headed over to check out Emerald Bay. It was about a 25 minute drive from the hotel but traffic wasn’t too terrible. Once you get close to the bay, the road gets super steep and winding and I get super nervous and nauseous. 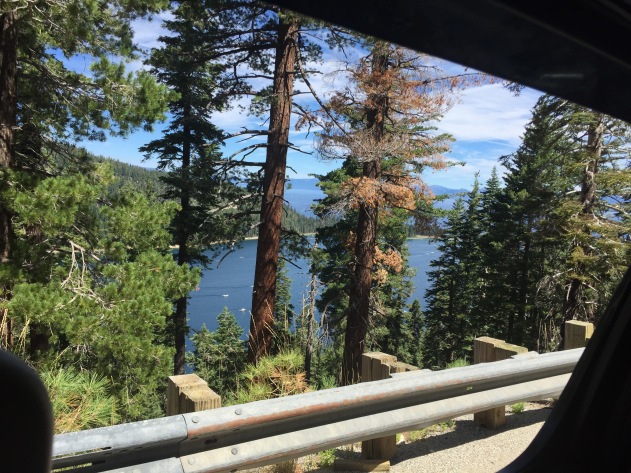 We finally found a place to pull over and get out. Completely breathtaking! We scattered my brother’s ashes, most of which blew back on us -oops- and took some pictures then headed back down. 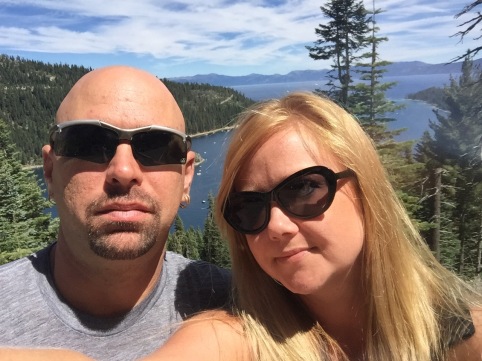 We hit the pool for some recovery drinks and suntanning then got dressed and went looking for dinner.

Here we are looking all fancy

We checked Friday’s Station on he top floor of Harrah’s (across the street from us). The least expensive steak on the menu was a 6oz filet for $70! What?!?! So then we walked back over to our hotel and checked the menu at the top floor restaurant of Harvey’s, 19 Kitchen and Bar. Same thing, just a wider selection.

We checked a couple other places but weren’t impressed so we headed to Stateline Brewery up the street. It’s a brewery, in a basement, and the average entree is around $25 so it’s more our style for sure! Allen tried the Acclimator IPA which was pretty delish! We ordered the artichoke dip. It was a big loaf of Sourdough bread with half the loaf hollowed out and filled with dip, then the top was brushed with super yummy garlic butter. Yum! So the artichoke dip was the entirety of our dinner! We had a couple more beers and called it a night. 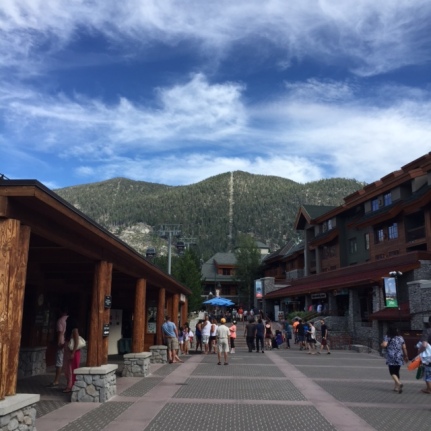 Looking up the mountain, at the ski lift… No way could I have handled that! Allen said it’s about 9000ft elevation at the top… Yikes!

This morning we had a couple of breakfast burritos from a cafe up the street, spent our last $20 in chips, cashed in our tickets and checked out. 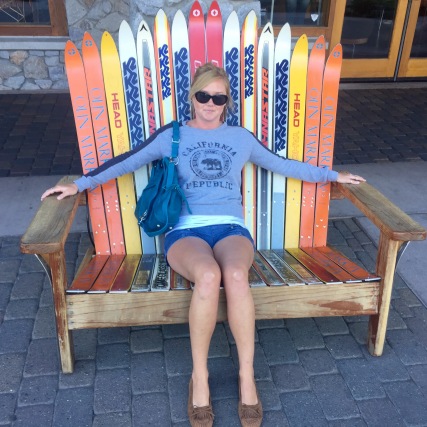 On the way home I saw my first California grass fire (there was one in the campground in Oklahoma City but this was a lot bigger). 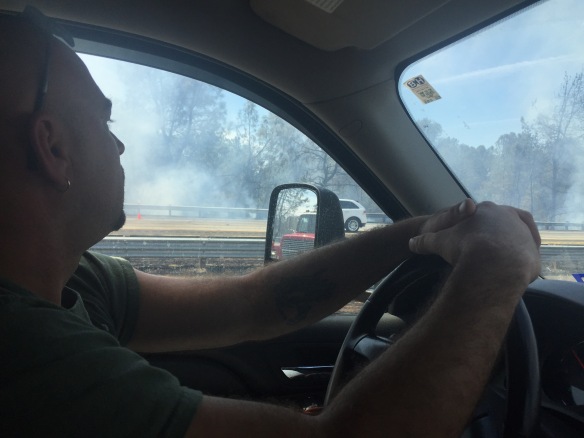 Overall, our Tahoe trip was really fun, and the best part was sharing the experience with my love. Now I’m just happy to be back home with Charlie! We missed her! And, a special thank you to Carmen for puppy-sitting!