Oh Convent…. Well, let’s start with the actual RV park before we delve into the bustling town…

We called and talked to the owner on the way there and he told us what spot we could have. The guy said he would be by the following day to collect rent and check us in (a Sunday and also St. Patrick’s Day).  We pulled in at night.  We never saw an owner or a manager, or any other employees besides the landscape people.  The site was pretty big, gravel, gravel roads.  There was a pool, and a hot tub that was under construction.  The laundry was always packed so I had to get there super early in order to get some machines… I’m talking like 6:30am early.  It seemed to be mostly workers in the section we were in.  There were some nicer spot with concrete pads and parking spots but I don’t think anyone in that section was working.  Apparently the park had a potluck dinner one Sunday a month, so you were supposed to bring a dish and your rent check.  We just wound up calling the night before we were taking off and paid over the phone.. I think they only charged us for 3 weeks, if that. We got a pretty good deal.

Okay, so on to good ole Convent, Louisiana! Population 711. Yes, 711. It is right along the Mississippi River.  There is a church with some sort of historical significance a little ways down the road.  There is an absolutely delicious knock your socks off teeny tiny crawfish restaurant about 5 miles up the road (closest establishment of any sort).  It was our first time ever trying crawfish and we fell in love with them. Sucked the heads and all!

Donaldsonville (or as we affectionately refer to it: D-Ville) is where Walmart is located, along with a liquor store. It’s pretty ghetto fabulous, and it’s about 40minutes away. Then you have Gonzales, that I know has a Verizon store, because that’s where I got my first iPhone.  They also have a Whataburger, that’s the first place I tried that too.

Looking from the entrance or exit 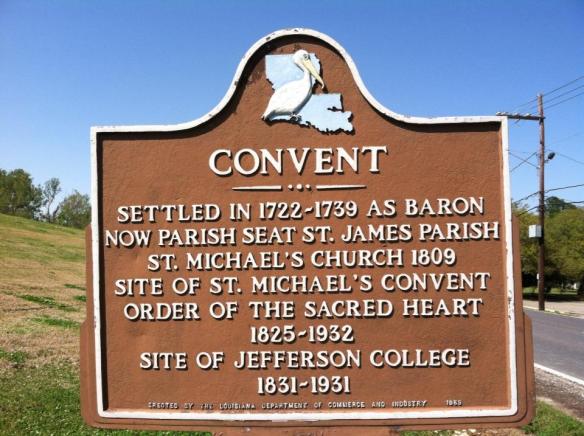 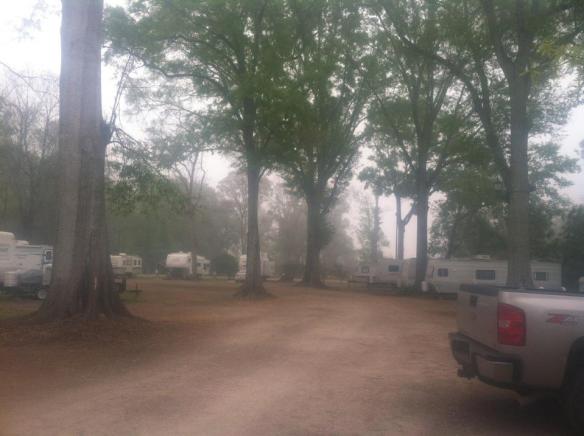